Ocean plastic is a problem we still need more knowledge of, especially regarding its impact on biodiversity in the oceans.

On this page, we have gathered information on the topic in order to shine a light on the challenge we face. 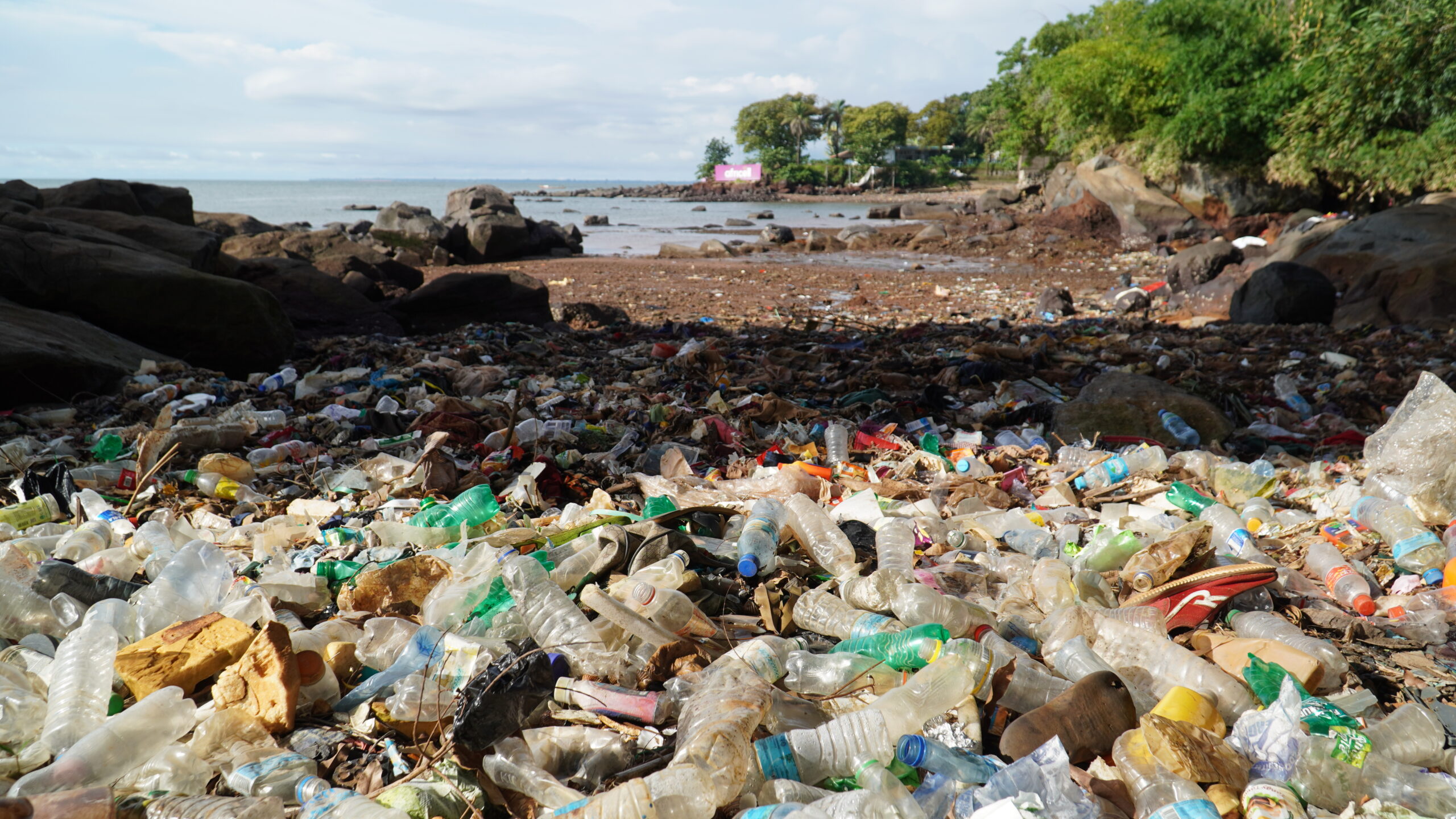 What is ocean plastic waste?
Why does it matter?
How big is the problem?
Where does it come from?
What can we do?

Plastic makes up 80% of all marine debris

Plastics are found inside 90% of seabirds

What is ocean plastic waste?

Ocean plastic waste is litter made of plastic that has made its way into the ocean. Some of the most common examples of plastic waste include cigarette filters, plastic bags, food wrappers, and derelict fishing gear.

However, it is crucial that we make an effort to do so as ocean plastic waste pollutes the marine environment to the detriment of both animals and humans.

Why does it matter?

The problem with ocean plastic waste poses a great challenge with negative impacts on the biodiversity of our oceans, human health, and the global economy. According to the UN Environment Programme (UNEP) report from 2021, plastics and microplastics in the ocean have many lethal and non-lethal consequences for the marine life. These consequences are often a result of entanglement, smothering or collision with larger pieces of plastics as well as the ingestion of micro plastics with potentially harmful chemicals. Thus, ocean plastics may impact the entire food chain and lead to increased mortality, physical damage, and reduction in biodiversity.

The importance of handling ocean plastic waste is emphasized by various studies, identifying marine plastic as an essential problem for global animal welfare. The UN-recognized American journal PNAS indicates that plastic can be found inside 90 % of all seabirds, from albatrosses to penguins. In the 1960s, this number was only 5 %. The UN also points out that marine waste in the form of abandoned fishing gear contributes to increased mortality in a large number of marine organisms and is particularly harmful to endangered and protected animal species.

Marine litter and plastic pollution also pose a potential risk to the physical and mental health of humans. This is indicated by UNEP’s report, which points out that plastic floating around in the sea and on the coasts has a negative impact on the mental health of people. However, the physical effect of ingesting microplastics for humans is still uncertain.

UNEP further estimates that the economic costs of marine plastic pollution in relation to its impact on tourism, fisheries and aquaculture, as well as other costs such as clean-up, were between 6 and 19 billion US dollars globally in 2018.

How big is the problem?

There is still much more to learn about ocean plastic waste and its impacts, as well as the exact amount of plastic in the oceans. According to the International Union for Conservation of Nature, plastic makes up 80% of all marine debris and at least 14 million tons of plastic waste end up in aquatic ecosystems each year. Estimations from the UNEP expect this number to rise to 23-27 million tons by 2030.

Due to ocean currents, the plastic gathers in accumulation zones with higher concentration of plastic pieces than elsewhere in the oceans. The accumulation zones occur in the North and South Atlantic Oceans, the Indian Ocean and the North and South Pacific Oceans. The most well-known example is found in the Pacific Ocean, where a plastic soup three times the size of France can be found.

Where does it come from?

The vast majority (70-80 %) of the plastic in our oceans is estimated to come from land-based activities, where the plastic is transported to the sea through shores and rivers. The remaining 20-30% of the ocean plastic stem from activities at sea, such as derelict fishing gear, ropes, and plastic fractions from abandoned vessels.

The 2021 UNEP report estimates that 67% of all marine plastic comes from a total of 20 rivers, mainly located in Asia, where especially rivers in the Philippines and Indonesia, India and China transport large amounts of plastic into the oceans. However, it is important to emphasize that ocean plastic waste does not exclusively derive from Asia, which is why Ocean Plastic Forum is also involved in projects in e.g. Africa.

What can we do?

Fighting the ocean plastic problem is inseparable from the way we produce and handle our resources and waste. Part of the solution is to pave the way towards a circular economy, as opposed to the current linear model, where we extract raw material, produce products that are consumed and discarded. A circular economy is an economy in which all resources, including plastics, are part of a cycle, where the value of materials and products are preserved as long as possible instead of ending up at the landfills and incineration plants.

Ocean Plastic Forum seek to contribute to the transition by removing plastic from the oceans and upcycle as much of the plastic as possible to new products in commercially sustainable value chains where participants complement each other’s competencies and in collaboration find solutions and business models.

Learn more about our work

Explore our current projects and get in touch about your ideas for new projects.

Learn more about our members and explore membership opportunities.

Explore and sign up to our upcoming events, conferences, and workshops.

Explore our current projects and get in touch about your ideas for new projects.

Learn more about our members and explore membership opportunities.

Explore and sign up to our upcoming events, conferences, and workshops.

Sign up to our newsletter to recieve news from Ocean Plastic Forum and follow the latest developments within our projects.

Next Step: From Sea to Shelf

Our role in a global agenda